On Being Southern: Let’s Listen to the Weather 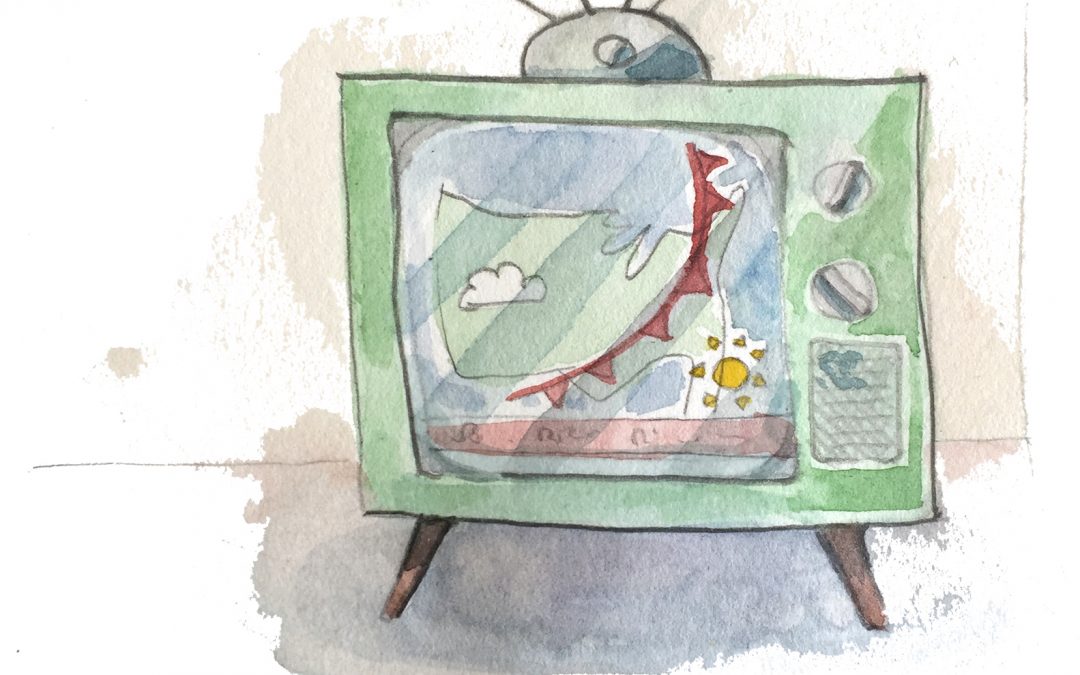 I was in Smith County visiting my parents a couple of weeks ago. I go down there every so often to get away from the ho-hum of life in Jackson. It’s funny noticing your parents’ little quirks as they get older. It’s kind of neat seeing these quirks manifest, recognizing the same similarities in behavior that once belonged to my grandparents.

I’ll give you an example. While I was down visiting the other weekend, I noticed both of my parents have a keen fascination with the weather. It’s very time sensitive as well, like bass popping on the lake in the morning or deer coming out to feed at dusk. My father would typically summon me around noon or either around 10:15 at night. “Flip over to channel 12,” he’d say. “Let’s listen to the weather.” Not really an odd statement, but if you stop to think about it, it is.

First of all, we didn’t just listen to the weather report; we also watched it. We weren’t sitting on a front porch with coal oil lanterns and a Montgomery Ward pine box radio. We were sitting in an air-conditioned living room on leather furniture watching Ken South on a 46-inch flat-screen TV. And, despite the fact that we’d already heard the forecast 10 hours earlier, both my parents listened intently like Ken was the prophet Ezekiel. Ken gave the same old spiel—the following day would top out around 90 with a 20% chance of pop-up thunderstorms in the afternoon hours. Shortly thereafter, both my parents bid me goodnight and disappeared down the hall. I guess they would sleep peacefully knowing there wouldn’t be a severe storm outbreak or an out-of-season cold snap that would kill everything in the garden.

As I thought more about it, I envied them. Here were two people, now retired, who’d come up in different parts of rural Mississippi and had seen their share of hard times. I’m sure both of them had sat on a porch listening to a weatherman out of Jackson or Memphis. They had both seen floods and droughts and lived through tornadoes, all during an era that lacked the technology we have today. I imagine the weatherman was like a prophet in a sense, sharing the promise of good news or warning of impending doom. He was a friend, someone they counted on to keep them and their family safe. You wanted to know what he had to say. So you listened and listened carefully.

The following morning, I woke to the smell of coffee brewing and bacon frying. I heard my father slip down the hall and “accidently” tap on my bedroom door to wake me. I got up and washed my face and joined him in the living room. He flipped on the TV while my mother brought me a cup of coffee. Before he could do it himself, I summoned him, “Dad, flip over to channel 12 and let’s listen to weather.” He did so without hesitation. My mother wandered in from the kitchen to listen as well. I sat there and sipped my coffee and listened with them. Despite the fact absolutely nothing had changed from the night before, I sat there and enjoyed the moment with them. It all made sense now.