ON BEING SOUTHERN: Eat it and Hush 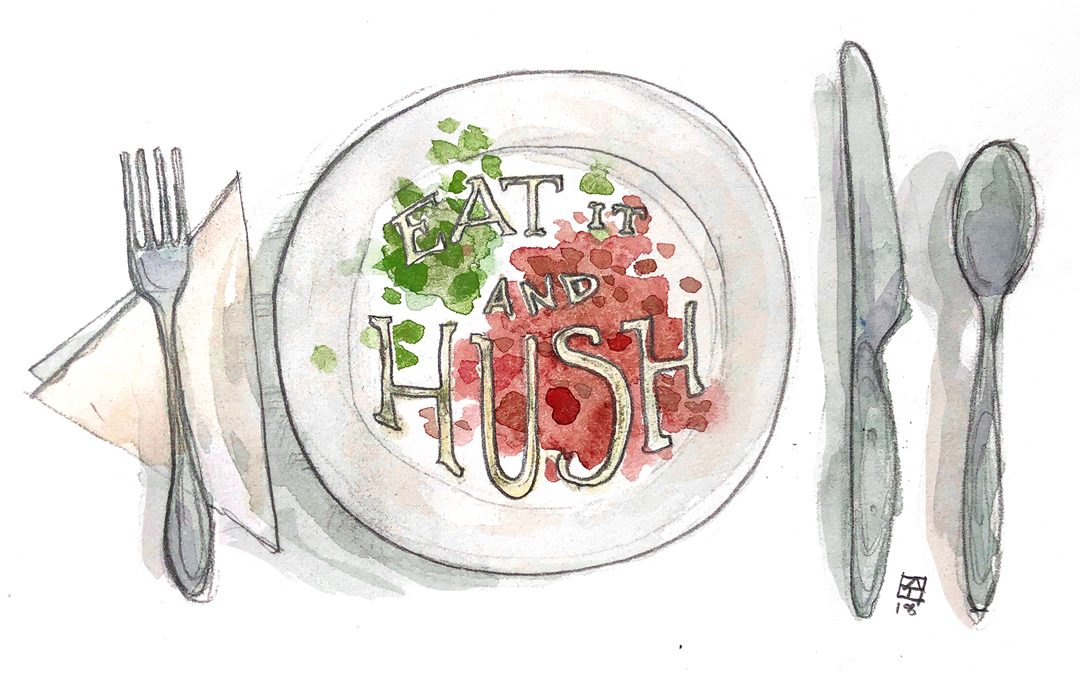 My 100-percent Southern country mother was legally named Tommie Grace but lovingly given the title “Amazing Grace” by her family and community. She was amazingly and indiscriminately gracious, kind, and loving. The epitome of Southern hospitality, she was always cooking and serving all who would grace her table.

She started life as a twin of Tom Grady, the 9th child born to sharecropper parents with 11 children. Having experienced all the blessings of a large family, it was no surprise that my mother had the heart for a large family. Also having experienced the deprivation of the Depression in the Mississippi Delta, it was second nature for her to have the heart to care for those around her.

From the red hills of Eden, Grace learned from her mother the ability to make “something from nothing” at mealtime—enough to fill a dozen or more bellies. The continual stress of feeding so many, especially when there was no generous stock of food supplies to select from, must have been unimaginable. They lived off the land, harvesting their own crops, butchering their own meat, and canning all summer for the winter months.

Grace had honed excellent culinary skills during those difficult days. Combined with Daddy George’s expertise as a gardener and hunter, there was always a fabulous, filling, satisfying meal on our table to ensure we were full and nourished.

Often, she had to pull from skills honed in leaner years, having to “make do” with what she had on hand. Consequently, there would be a suspicious dish or casserole—the one with the unidentified ingredients and the “green stuff.” Noses would be sniffing, and eyebrows would be raised. We siblings would glance at each other. “Who would be the one to ask what it was?” If one of the children finally mustered up the courage to ask, Mother would quickly and firmly reply, “Eat it and hush.”

Thus the “Eat It and Hush” mystery dish was born, and many family members throughout the years have used the phrase. Once the title was given, you asked no more questions; or rather you would get no more answers. Ironically, though, it was always something delicious, and we would gobble it right up. Even though we could not identify the components, we trusted that she would always give us what was tasty and nutritious.

More than once, God has allowed something to happen in my life, and I find myself saying, “Lord, what is this?” And I can imagine my Heavenly Father saying something like, “Eat it and hush.”

Even though I don’t know the ingredients of His plan for me at the moment and some parts look distasteful to my spirit, I keep these scriptures at the forefront: “And we know that in all things God works for the good of those who love him, who have been called according to his purpose.” (Romans 8:28) “Taste and see that the Lord is good; blessed is the one who takes refuge in him.” (Psalm 34:8).

When I have overcome my challenge and reflect on God’s goodness even through what I thought was “unsavory,” I can truly say that He was watching out for my best interest. Not that the individual “ingredients”—especially breast cancer, as I am a 5-year survivor—were pleasing at the time. But the finished product has made me and my faith so much stronger.

My heart is so thankful for being raised in the South, but mostly for all the life lessons my precious Mother and my God have taught me, including, “Eat it and hush!”