ON BEING SOUTHERN: Christmas Miracle 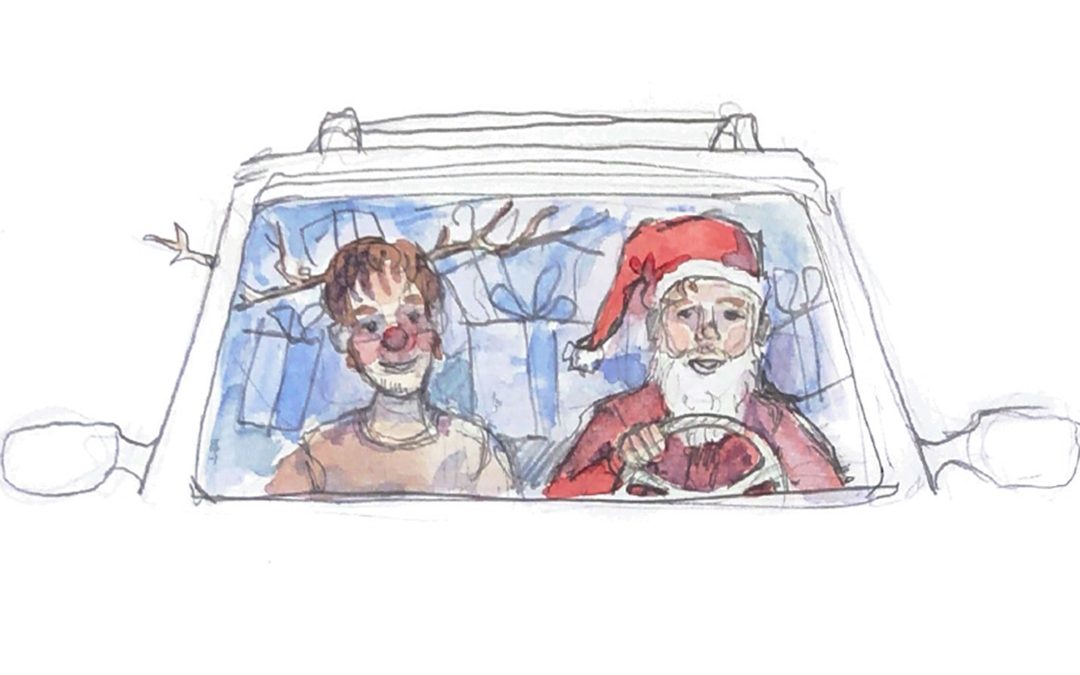 It was a typical south Mississippi December. Hot. Probably 80 degrees; that just made the Santa suit hotter. The fact that I even owned a Santa suit is easily explained. My friend Ray has two older sisters, and when he and I were in high school, the sisters had started their families. Ray’s mom bought the suit for me, paid me a little cash to show up on Christmas Eve with a bag of presents hidden in the front hedges, and wow the little kids with a “real life” visit from Mr. Claus.

But this day was different. Mrs. Ferrell—from down the street—called and asked if I could put on the costumes and make a delivery for her. It was Christmas break. I was home from college and had nothing else to do, so I agreed. “Oh, and don’t drive your car,” she said. “Bring your dad’s truck.” Then she hung up. I had a lot of questions—namely, what exactly she wanted me to do, but I figured I’d find out when I got to her house.

When I arrived, sweating through the red rayon and fake beard, I saw a mountain of wrapped gifts. More than would have fit into my Honda. Almost too many to fit into my dad’s Explorer. Mrs. Ferrell taught elementary school in town, and a family whose children went to her school had lost their home in a fire before Christmas break began. Teachers and a few parents secretly collected money and bought the family a truckload (literally) of gifts. She gave me the address of the relative the family was staying with and asked me to deliver them. On the way to the house, I stopped and picked up my buddy Chris to get some help. Being one of my dearest friends, he gladly obliged. His mom rigged a reindeer costume for him with lipstick red on his nose and pipe cleaner antlers. Santa and Rudolph were off.

We found the home easily in one of Hattiesburg’s solidly middle-class neighborhoods. A modest brick home; big enough for a small family but cramped for two with kids. “Plan?” Chris asked.

“Nope,” I responded. “Let’s just knock on the door and see if they are at home.” And they were. I knocked, and the door creaked open slightly. An eye peered through the gap, then widened. “Santa! Santa’s in the front yard!” one of the children yelled. Suddenly, three kids, the oldest of whom was probably in the fifth grade, surrounded me. All too excited to notice that Santa was sweating gallons and was in a Ford, not a sleigh. I lowered my voice and asked their names, making sure I was in the right place. Chris and I pried the kids off and began unloading the truck when the kids’ dad emerged. He was a big guy wearing a flannel work shirt and weathered boots. He had big chapped hands of a carpenter. He smiled at the goofballs in costume, and he feigned a bit of confusion.

“Hey, Santa,” he said. “Whatcha doin’?” Awesome, I thought. Dad’s playing along, too. “Oh, I am delivering presents from the North Pole,” I said. “I heard you guys were in a different house this year, so I decided to make my delivery early.”

Chris chimed in, “Yeah, that’s why we’re in an Explorer. The sleigh is in the shop getting ready.” We chuckled at this, Rudolph and I. Dad smiled, then he asked again, “Yeah, thanks, but where are the presents from?”

“As I said, they’re from the North Pole,” I responded. And he asked again. I thought to myself, Look, Dad, they get it. Santa. The North Pole. Don’t lay it on too thick or the kids will see through this. When he inquired for the fourth time, his voice cracked. This tough man was trying not to cry in front of his kids. The guy who probably told them to be strong and not cry about the house, the guy who told them to pray and not worry about material possessions, the man who was their rock, was trying not to cry. Because he didn’t know. He had no clue, and Chris and I looked at each other, realizing at the same time. He wasn’t in on this conspiracy of love. Please, God, don’t let me start crying too. Sweaty Santa is bad enough. Crying Santa is worse.

The kids didn’t notice. They were a whirlwind of joy in the stagnant air.

We finished unloading, dad still blinking back tears and thanking us while his children danced and sang “Santa Claus is Coming to Town.” Chris and I stayed in character and retreated to my dad’s Explorer. The truck doors shut simultaneously with the house’s front door. And we sat, sweat not helping our saline eyes, in the thick heat and soaked in the silence of the holy afternoon.